A short article about vinegar and it's appliance in the bar.

Vinegar is another ingredient that is more commonly found in the kitchen than at the bar. Interestingly, in the past, vinegar used to be an essential part of the bar product stock due to its excellent conservation qualities that help preserve seasonal berries, fruits, and vegetables. It's time to gain some insight into what vinegar actually is and how it can be utilized behind the bar.

Vinegar is a product that contains a significant amount of acetic acid; it is traditionally produced by means of microbiological synthesis, which involves using acetic acid bacteria from edible alcohol-containing raw materials. The content of acetic acid in natural edible vinegar can vary between 4% and 8%; it can also contain other food acids, esters, complex alcohols, aldehydes, and other organic compounds that have an impact on vinegar's taste and aroma qualities. You might be interested in the following data on the composition of organic acids in some types of vinegar (2):

The traditional vinegar making production process includes two fermentation stages. The first stage is alcoholic fermentation during which yeasts affect the simple sugars contained in the base product thus converting them into ethanol. At the second stage, acetic acid fermentation occurs: the alcohol is oxidized by acetic acid bacteria and turns into vinegar and other products of metabolism.  These bacteria belong to the Acetobacteriaceae family, and the reaction is only possible when there is access to oxygen. If you're interested in the history of vinegar, you can read this informative article on the webpage of the University of Geneva.

You can also make vinegar at home using any ingredients that contain sugar or alcohol. During the production of vinegar from alcohol-containing liquids, only acetic fermentation usually occurs. When using this method, you need to keep an eye on the amount of alcohol in the source material base (high contents of alcohol can significantly slow down or even completely stop the process), oxygen access (it’s better to ferment vinegar in containers that have large diameters to ensure that the surface area in which the liquid and air interact with each other is large enough), and temperature. The optimal temperature to grow acetic acid bacteria is 25-30 ºС. If you're using wine, keep in mind that it contains sulfites that you may want to get rid of before you start making vinegar from that wine. The concentration of acetic acid in the vinegar produced as a result of the process is directly dependent on the amount of alcohol contained in the source liquid. Regarding the complete oxidation of ethanol into acetic acid, the extent to which the vinegar strength depends on the alcohol concentration level in the source base can be described with the following formula:

When making vinegar from liquids that contain sugar, the process will be slower because first, you'd need to obtain alcohol from those sugars before starting the acetic fermentation process.

One good way to make the process more effective is by using the so-called mother of vinegar (Mycoderma aceti). You can still make vinegar without it, but the process will be several times slower. Mother of vinegar is a slimy substance composed of cellulose and acetic acid bacteria, visually it resembles kombucha SCOBY. It appears on the surface of vinegar as a result of the reaction between alcohol, acetic acid bacteria, and air. 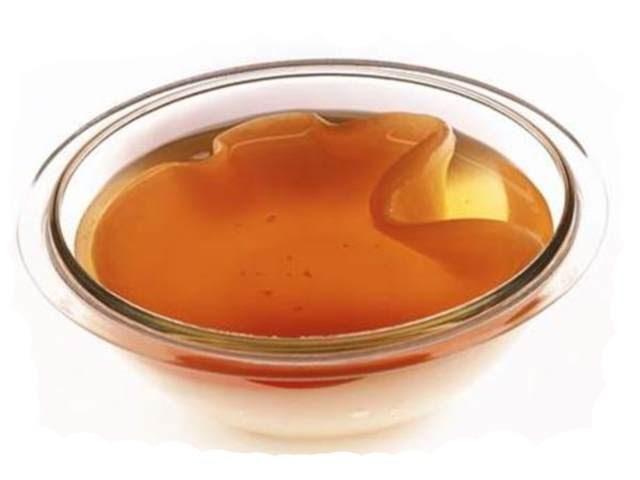 There is a great number of possible ways to use vinegar when making drinks. The most widespread way is making the shrub, a product which is now regaining its popularity in the bar world. The name is derived from the Arabic word شراب sharāb meaning “to drink” or “a syrup”.

There are two main types of shrub. The first type is a mixture of sugar, fruit, and vinegar, and the second type is a fruit liquor or a cordial containing alcohol. Both types of shrub were initially used to preserve seasonal fruits, berries, and vegetables. In the case of the alcoholic shrub, it's interesting that fruits and vegetables were often used during the rise of smuggling in England to help disguise the unpleasant taste of alcohol diluted with salty water. You can read more about the role shrub played in smuggling trade on the following website diffordsguide.com.

But as far as vinegar is concerned, we are more interested in the shrub syrup. The three ingredients of shrub of this kind are fruits/vegetables/berries, sugar, and vinegar. By combining these basic components in different ways, you can achieve very different results using a limited range of source materials. You can achieve the desired effect in several ways. Here's the quickest way: make a fruit/berry/vegetable syrup by boiling these ingredients with sugar, then add vinegar to it. Although, you should bear in mind that the taste and flavor of your ingredients will change significantly during heating. There are several ways to make a shrub without heating, but those take more time. You can just mix all the ingredients together and allow the mixture to infuse for a couple of days. Alternatively, you can flavor the vinegar first, then add sugar. But it's better to add sugar to fruits/berries/vegetables first and wait until a syrup appears, then add vinegar. Also, if you let the firm components stay for several days, you'll be able to achieve an additional effect: the vinegar will affect the component in a way that can make the shrub more flavorful and complex. And if you like experimentation, you can make your own vinegar first, and then use it as a basis for your shrub.

Besides shrub, you use pure or flavored vinegar in your drinks. Even if you aren't going to make vinegar yourself at the bar, there are various interesting types of industrial or craft vinegar that you can buy. Here's a way to make such vinegar more interesting: flavor it with herbs, spices, berries, fruits, etc. The technology is the same as in the case of nastoika-making. Add vinegar to the product and allow the mixture to infuse at room temperature.

Last but not least, you can use vinegar in pickling. Сornichons and jalapeños are the products most often used for pickling. Still, the number of products you can pickle is large and the products themselves are quite diverse, so it would be great if they could find their place in the bar fridge.

Acetic acid is a strong preserving agent, and even though the process of decreasing microbial activity with organic acids is still being researched, it is known that it occurs mainly due to a decrease in pH. You can pickle anything. The basic pickling marinade is a mix of water, sugar, salt, and vinegar. It is possible to flavor it with various spices. Bring the spiced marinade to a boil, cool it to room temperature, and then pour it on vegetables, fruits, berries, or anything else you want to pickle. During the  process, follow basic safety rules: pasteurize your plates and dishes, clean the products you're going to marinade, use tight lids, etc. Pickles are good because to make drinks you can use both the pickled product itself and the marinade liquid that gets flavored with the product taste after some time.

Vinegar is an interesting and useful bar ingredient. Its use at the bar is not limited to just shrubs. Hopefully, this article will inspire you to experiment and start making your own vinegar and pickles.