Salt is perhaps of the most undeservingly overlooked bar ingredients. In cooking, salt is a basic element of almost every dish — even deserts often contain some salt. Bartenders started actively using salt only a couple of years ago, and so far it hasn't become a popular cocktail ingredient. So, let's talk about salt and look at some ways it can be used behind the bar.

Just one minor remark before we begin: in the context of bar and kitchen, by “salt” we mean common edible salt. Edible salt mostly consists of sodium chloride (NaCl), however, it can also contain various admixtures that have an impact on taste and color. 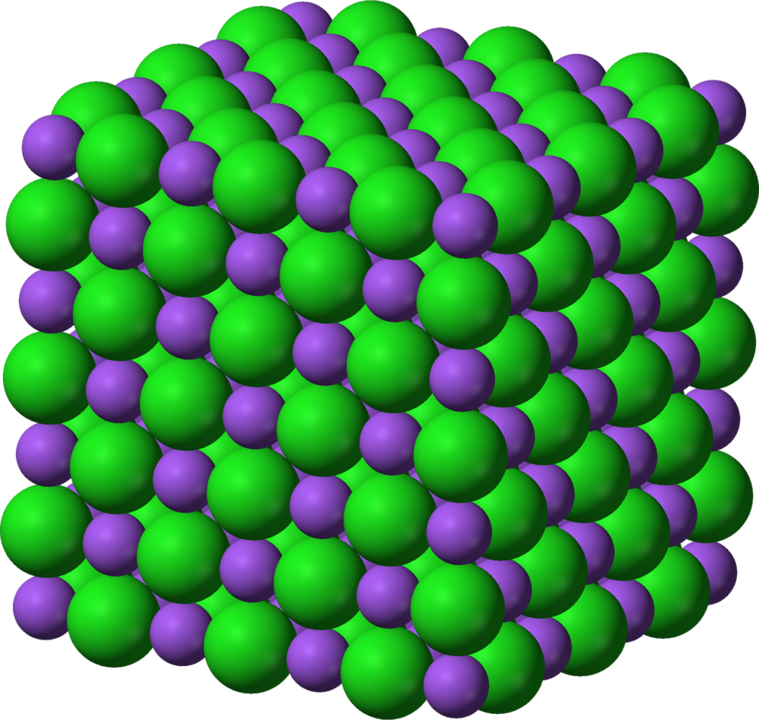 This salt type alone can be an interesting component. In this article on Wikipedia , you will find a well informed and quite detailed overview of some edible salt types. As far as the human perception of taste is concerned, bitter, sweet, and umami are the most researched kinds of taste to date. There is far less research on sour and salty tastes, and so far, there is no consensus on how exactly salty products affect our taste receptors. The widespread theory is that the epithelial sodium channel might be responsible for salty taste perception. One of the reasons behind the lack of a clear understanding of the salt-receptor interaction is that, depending on the concentration level and other factors, salt solutions may also have sweet, bitter, and sour tastes in addition to their obvious salty taste. There are several theories that are meant to explain this, but for now, there is no definitive understanding of the molecular and cellular mechanisms. However, we do understand how the salty taste influences the other tastes because when two or more basic tastes are mixed, we perceive each one of them differently. In any mixture, the intensity of its component tastes drops; the question is to what extent. The salty taste is extremely effective in suppressing sour and bitter, but the combination of salty and sweet is the most effective if you need to suppress sour. Sweet, though, is almost unaffected by salty. Interestingly, the salty taste itself is the most suppressible of the four; it is especially vulnerable to sweet and the combination of sweet and bitter. That said, it's very likely that if you add a few droplets of a salt solution to a drink, the saltiness will be impossible to feel, but at the same time, the other tastes will become less active.

Now that we have an understanding of how salt influences the taste balance, it's time to talk about some practical ways to utilize it at the bar. Rolling the glass rim in salt is the most common way to use this ingredient. It is a great way to add character to the taste of a drink, plus you can also experiment with different kinds of salt or add flavors to it.

The second and less obvious way is adding salt to cocktails. A pretty common way is to pour salt granules directly into a shaker or a mixing cup. The problem here is that this method does not guarantee that the taste will remain stable because a “pinch” is too relative a term to allow you to control salt concentration in a cocktail. The optimal option would be using a salt solution that you can store in a dropper, and it's also best to work with it just as carefully as you would use bitters. Most importantly, do not forget to control the concentration level so as to avoid surprising your customers with oversalted drinks. By the way, unlike sugar, the coefficient of solubility of salt in water is weakly dependent on temperature. At room temperature, it is possible to dissolve 35.9 grams of salt in 100 grams of water, and 39.4 grams at 100 ºC.

Finally, a method that is rarely used at the bar is the pickling of fruits, berries, and vegetables. The main processes that take place during pickling are diffusion and osmosis. Osmosis is a special type of diffusion; we have already briefly described it in the article about sugar, so we aren't going to analyze it any further in this article. Let's talk about the speed of diffusion instead. When describing the diffusion process in terms of matter transfer at the microscopic level, it should be noted that the key property of that process is the chaotic motion of particles. In literature, the problem of this random particle motion is known as the “drunken sailor problem”. The law according to which a random particle is displaced in time is called the Einstein-Smoluchowski law, and in a two-dimensional space we can use the following simplified formula to describe it:

where L is the distance traveled by a particle, t stands for the time it took to travel that distance, and D is a diffusion coefficient.

At the bar, you can use this formula to calculate the time needed to pickle something or the time it takes for sodium alginate and calcium lactate to interact until spherification is completed. As an example, let's calculate how much time we need to pickle pieces of pumpkin (1*1*1 cm each) at room temperature assuming that the concentration of salt is 5 grams per liter. The diffusion constant for salt at room temperature is D = 1.24⋅10-5 cm2 /sec.  Assuming the pumpkin is 100% water, we insert our data into the formula:.:

These calculations are quite rough because we assume that the product consists only of water, but at the end of the day even rough, approximate calculations are better than the complete lack of any data. You can conduct an experiment: pickle a product of your choice for the amount of time calculated with the formula and then see if it works.

Pickling is great not only because it opens limitless opportunities for creative experimentation but also because this method allows you to preserve seasonal products. Salt is an excellent preserving agent that basically decreases water activity.

Salt plays a major role in our nutrition system not only because it's vitally important for the human body to function but also because it makes everything tastier. We hope that it will soon become an integral ingredient of many bar drinks, which will ultimately make everything taste better.